It took fourteen years for me to figure out what was wrong with my mother. It hit me like a bolt of lightning at the age of 34. Her symptoms started when I was just 19. I remember frantically looking for my phone, spending hours with my good friend, Google. I had no idea if I was right or not, but it was the closest I had to the answer. So many thoughts came to me…how could I have not seen it before?

How did no one else know or care to put the pieces together?

Life became a roller coaster of confusion the day my mom showed signs of a mental illness. She was a recently divorced, single mother raising me those fourteen years ago. Then one day she told me she may have breast cancer. She waited so long to tell anyone, as if it would go away, that by the time we saw a Doctor she was told it was too late. She had Stage 4 cancer and might have a few months to live.

My mother is a strong, Filipino woman who raised me to see all things positive in the world. She didn’t believe those Doctors and decided to go through Chemo and fight the good fight. Chemo lasted six months, followed by Radiation Therapy and another six months of Chemo. But guess what? She lasted longer than those few months she was told she had left. It was an amazing victory for us! Long story short, she had an augmentation and that was that.

It was the happy ending of a Chapter in our lives, but opened a new Chapter that changed both our lives forever.

Mom started talking to herself, or so I thought. In her mind she was talking to many people and they were telling her odd things. I would watch her sit in a dark room and talk, laugh and cry, while no one was there. Ok, so here I am 19 years old, pretty uneventful and calm existence up to this point. What could I think? Mom was losing it, but that’s just a teenager talking. Like, ok, who do I turn to with this? The sad part was, I had nowhere to turn.

I turned down College to take care of my mom. I worked two jobs because she couldn’t and shouldn’t be around others. I had to constantly keep an eye on her, making sure she didn’t do anything outrageous. I watched her whole appearance change and get this…I started believing some of the things she was saying.

I believe I had this experience so I could share it with others. It was terrifying, misery, confusion, doubt, and I had lost hope. Im not going to go into ALL the crazy details of those years not knowing we were dealing with Szchizophrenia. I’ll save that for a book, but I will tell you what I’ve learned.

People do not know where to look outside of the Internet

There are lots of people talking about mental disorders but don’t really, truly know where to begin. I talked to tons of close friends about my mother and no one even thought to suggest a mental disorder. Sometimes symptoms can be brushed off and ignored. It’s hard for people to accept someone they love may have a condition.

School’s should have mental health guidance for children

There is not enough help in our school system for our children to access more information, get advice and learn the signs. Imagine if there was a program to raise awareness so we can better help our youth.

PTSD, Panic Disorder, Depression, Personality Disorder. We hear about it but do we really know how to help someone who has it or is dealing with it in a loved one? Its tough…its tougher when you’re dealing alone. The signs are out there, we have to learn how to spot them.

Drugs will never help my mother, nor will she ever believe she has a disorder, even though I finally had her diagnosed with it. So we will continue to watch her live in this world she has made for herself, as painful as it is. She will watch her grandkids grow and they will know the best ways to interact with grandma.

What not to say.

It took me all this time to adjust and finally accept what is happening. Now I look forward to doing what I can to help give her the best years of her life left. 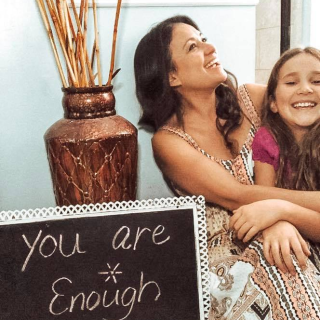 So happy to meet you here! My name is Anita and in my quest for balance in raising my 5 active kids, running several businesses, managing a household and having a mother with a mental illness, I came across blogging. It has been a great way to share my experiences and get to know so many like-minded mamas. If you "mom" all day, as I'm assuming you do, then I hope you find a little peace, clarity, fun and friendship here. I cant wait to hear from you! Xx, Anita